Dr George McGavin: A World of Colour! The vertebrate in an invertebrate world

In the final two-part interview of season 2, David talks to one of his wildlife heroes - zoo(o)logist, biologist & entomologist, Dr George McGavin. 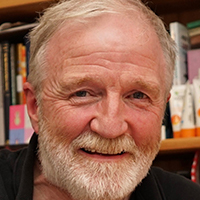 Dr George McGavin is a zoologist, entomologist and broadcaster, and currently serves as President for the Dorset Wildlife Trust. Best known for hosting documentaries including ‘Lost Land of the Volcano’, ‘Oak Tree: Nature’s Greatest Survivor’ and, most recently, ‘Ocean Autopsy: The Secret Story of Our Seas’, he is also well known to television viewers for his frequent appearances on BBC One’s ‘The One Show’. Sitting down to chat in post-lockdown June, in the heart of Windsor Great Park, David Oakes and George enjoy one of the first in-person meetups they’ve each had in months! George discusses how his stammer impacted his early life, how he was inspired by the likes of Aubrey Manning, and how he quit his much-sought-after tenured Oxford University position to chase a wildlife documentary making dream… (without telling his wife!) Covering insect biodiversity, mankind’s stubbornness to change, exploration of rainforests, and more, the topics covered here are as wide ranging as George’s documentaries, all shared with gleeful anecdotes, including his hope to delve deeper into the world’s faeces – but you’ll have to wait until the end for that particular ‘nugget’!

In part two of this conversation with Dr George McGavin, we find out that he has not one, but five bugs named after him – one of which was given to him by the ‘world cockroach expert’! If there’s a better measure for knowing how influential you’ve been in your field, we haven’t heard of it. George and David go on to discuss the human flesh-eating larvae of the botfly, and the memory of cutting open the poisoned insides of a dead harbour porpoise, alongside other poignant thoughts about man’s impact on nature. Indeed, George reflects on the biggest issue facing wildlife – that there are just too many humans, and that, with that, money seems to trump nature every single time. But, make sure you stay tuned in until the end to hear about spider penises, George’s uncanny David Attenborough impression, and the incomprehensible, destructive power of Tibbles the cat – who single-paw-edly wiped out an entire species!

I tried to postpone this interview. It was June, but rain was predicted to fall. After 4 months in lockdown, I wasn’t prepared to record this interview sheltering from the elements when the wild world was right there. So I called George from my garden – a garden which had kindly sheltered me through much of the first COVID-19 quarantine – and told him that I thought we should think about pushing for a day of guaranteed sunshine. George wasn’t having any of it!

And so we perched ourselves on fallen tree trunks on the outskirts of Windsor Great Park. Both delighted to be sharing each other’s time. Two strangers (in perhaps the strangest of times either of us could recall) laughing in the drizzle, and smiling when the sun shone through.

As such, I feel the interview speaks for itself.

There are elements of this interview that are bleak. George’s predictions for mankind’s future aren’t entirely positive, but that doesn’t seem to hold back his awe for nature in the slightest. In fact, as you will attest, he doesn’t seem happier than when hypothesising mankind’s ruin from the destructive power of a VEI-8 volcano – or indeed Piero Manzoni’s “Merda d’artista”!

So, as the world is entering – with vigour – a second wave of COVID-19, and as my ability to safely meet “more Georges” is being curtailed, it seems right I draw this second season to a close with a man who can find light in the darkest of predicaments. Who better to cheer us up than a man who, for the betterment of humanity’s survival, wants to do a poo live on national television?! 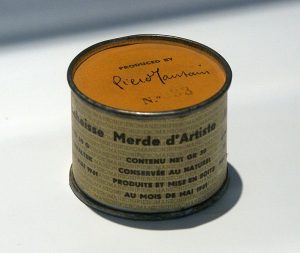 Plantlife & “No Mow May” – https://www.plantlife.org.uk/uk/about-us/news/no-mow-may-how-to-get-ten-times-more-bees-on-your-lockdown-lawn

…and if you want to know the full story behind the Cat that wiped out the entire global population of the Stephens Island Wren, click here.

…and many many more!

“Lord of the Flies” by William Golding