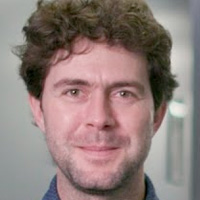 Dr Gavin Broad’s love of nature was initially inspired by the birdlife of the Wirral. However, the summer lull in avian activity lead the 15-year-old Broad towards an interest in moths, and from there it was only a zombie caterpillar away from the creatures that were to inspire his professional identity and take him as far afield as Chile; Parasitoid wasps! “Darwin Wasps” account for 10% of all British insects – that’s over 7000 distinct wasps – and Broad insists that everyone can easily “admire them, if not like them.” What’s not to like about an insect that can inject its eggs through the bark of a tree and into another insect? Or one that can actively dictate the gender of its offspring to specifically regulate the extant population? Or one that can easily defeat a tarantula?! Quite. David heads to the Natural History Museum to talk Wasps, and to discuss Gavin’s involvement in sequencing the genomes of 70,000 British species – everything from Deep Sea Squid to Pine Marten – his appreciation for the work of Damien Hirst and the similarities it bears to the NHM’s hidden insect archives, and how we would all be far better off if we possessed the curiosity of bored Victorian clergymen.

It’s not surprising perhaps that meeting a man to discuss one of the largest families of animals on the planet would lead to a discussion that barely scratched the surface. Wasps alone would have easily packed an hour’s conversation. But to also attempt to unpack the social history of human collectors, the fascinating juncture between art and science, and the current undertakings of the Darwin Tree of Life Project to map the genomic structure of our nation’s wildlife, was ambitious to say the least. Needles to say, I think Gavin is glorious, and I think people like Gavin are essential.

I’ve always had issues with the work of Damien Hirst; but I was fascinated by the direction from which Gavin admired/appreciated Hirst’s creations. When you look at pinned trays of ichneumonid specimens, and compare them to Hirsts butterflies and even his pill cabinets, the parallels are clear. Ordering, categorising, processing – these are essential activities to enable humankind to perceive, if not to understand, the nature of our planet and our place upon it. Whether the objective is a scientific one or an artistic one, we must arrange information in a way that our minds can best perceive the data. Perhaps putting half a cow in formaldehyde is the best way to expose the questions for which Hirst was seeking answers. And perhaps tens of thousands of insects pinned to boards in the vaults of the NHM is the best way for humanity to fully comprehend the interconnectivity of invertebrates with us bipedal mammals. And perhaps continuing to monitor insects in this way will best alert us to the population decline that we’re currently living within.

Over the past 20 years, the UK’s flying insects have declined by 60%. We know that this is in part due to the destruction and fragmentation of habitat along with the rising of global temperatures as a result of climate change. We also know that this is cause for alarm. But without continued monitoring we will never know if our future actions are helping to assuage these troubles. Gavin recently went on the record to say:

“Evidence of insect declines has been available for some time, particularly in certain regions of the world. If we knew why insects were declining, it could help protect other animals. For instance, declines in woodland birds may relate to the loss of insects in these habitats as they could be losing prey. Alternatively, they could be responding to the same habitat and climactic changes in similar ways. But until we understand both groups, it’s hard to tell.”

We need our scientists to monitor our planet, or we’ll miss the warning signs. We may have already passed the point of no return for humanity to exist as we would choose, but there are many rubicons ahead. By the time we truly get our act in gear, what will humanity look like, and what will be the state of nature be that surrounds us? We will rely upon those that order, categorise and process if we aspire to any form of comfortable existence.

Mark Carwardine: On the realities of anti-poaching patrols & his conservation heroes