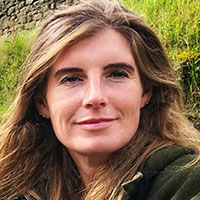 Amanda Owen is a farmer, known to readers and television viewers worldwide as the ‘Yorkshire Shepherdess’. With her husband Clive and their nine children, she looks after Ravenseat, Swaledale – one of the most exposed farms in the Dales. Alongside running the farm, she has found time to write a number of books, having come to public attention on ITV’s ‘The Dales’. On a “glishy sort of day”, sitting by a brook, David and Amanda chat without the distraction of phones and technology in this stunning signal ‘not spot’, interrupted only by a passing heron. Amanda, having grown up in the city, admits finding inspiration to become a hill shepherd from reading James Heriot’s All Creatures Great and Small, and the couple wax lyrical about how a place like this, open and wild, builds one’s character. 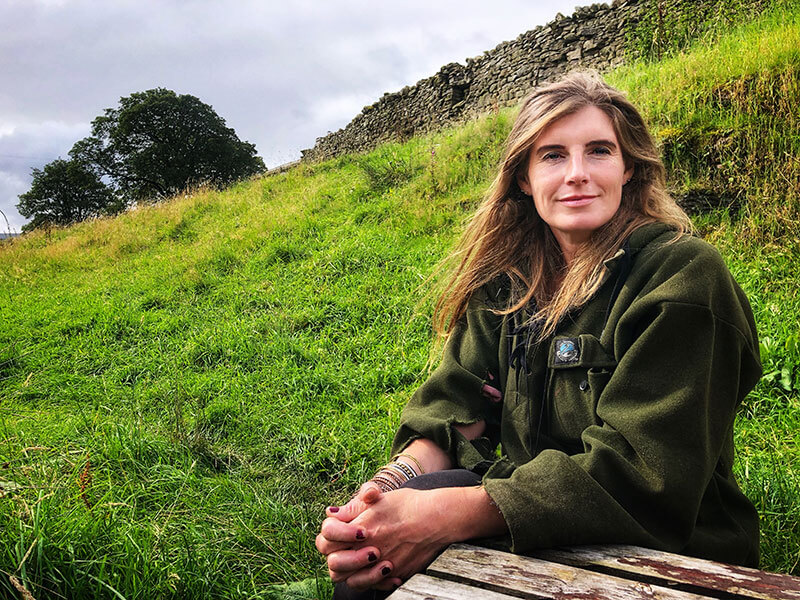 YORKSHIRE is declared by its folk to be ‘God’s Own Country’. It could be seen as an arrogant saying, and arguably pejorative if you’re a person of faith. But in my view, they may just be right!

Having filmed ‘Victoria’ in Yorkshire for two years, lived in and around Nidderdale for the duration of the shoot, and having just concluded a four-month run of ‘Hamlet’ in York, I’ve been fortunate enough to have had the time to properly explore the county. Indeed, this episode serves as the first of a number recorded during this latter four-month stint here. Over the coming months, I’ll be bringing you episodes from York University, the Yorkshire Wildlife Trust, the Yorkshire Dales, the Yorkshire Sculpture Park, the Howardian Hills, the banks of York’s River Ouse, and from beside an Irish Dexter cow in the Lower Derwent Valley.

Ten national parks cover 9.3% of the land area of England, and three of those parks are here. This doesn’t include the North Pennines, nor either of the Yorkshire AONBs; Nidderdale & the Howardian Hills. The three I refer to are: the Peak District – I’ve walked this extensively, it’s where that Bella Hardy singer lady is from; the North Yorkshire Moors – I know them well; and the Dales, which is somewhere I had never been until very recently, but where this episode was recorded.

It is a testament to Amanda Owen’s descriptive writing that arriving at the isolated farmstead, Ravenseat, felt instantly familiar. She describes her arrival at her future in one of the opening chapters of her first book, and my journey was remarkably similar, albeit without towing a trailer full of Swaledale sheep. The most notable difference experienced by me on my arrival at Ravenseat was her children. Two sped past me on trail bikes as I crossed a small bridge metres from the house, a third greeted me upon my knocking at the back door, and two more grilled me about my microphone as Amanda headed off to make me a coffee. It is clear to see that she has made a home of the Moors.

Amanda is well known to the British public (and beyond), thanks to her books and the numerous TV shows she has been featured in. She has a surprisingly large media footprint for a human, let alone for an isolated sheep farmer. I have never met anyone who seems to take so much of life so easily in her stride. She is a glorious force of nature – as I think one would have to be, in order to cope with the harsher aspects of life in the Dales.

Amanda and her husband Clive spoke with me at length following the recording, a conversation that covered national agricultural policy, local farming realities and how at the end of the day the only thing that really matters is the wellbeing of family and flock (indeed, perhaps they would consider both those F’s as the same thing.) I was struck by the little things they encounter on a day-to-day basis; rare natural visions, invisible to most humans, but which from time to time are observed by the lone hillside farmer. I was seduced by the romantic side of their lifestyle, though I know not how I would cope with the day-to-day, year-to-year reality of their vocation.

Alastair Gunn: Roses, wildflowers and tending ‘to the manor’s thorn’

Dr Jo Elworthy: Living in Eden – how to leave the world better than you found it