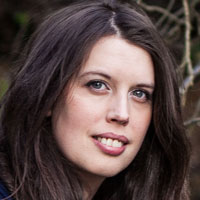 In this episode, David speaks to award-winning folk musician Bella Hardy. A fiddle-singer and songwriter from Edale in the Peak District, she has performed at festivals worldwide and on the UK folk circuit since she was 13. In 2007, she released her debut solo album Night Visiting, for which she was nominated for the Horizon award at the BBC Folk Awards. She has since won at the Folk Awards for original song, for ‘The Herring Girl’ in 2012, and was named BBC Folk Singer of the year in 2014 – but most importantly, earlier this year, she composed the theme tune for this very podcast! David and Bella discuss how folk music has been redefined over the years, deviating from its once rural beginnings, and Bella reflects on her musical influences and inspirations from nature – from hiding in dens with fox cubs, to using “the joy of folk music” as merely a hyper-convoluted way to become branded as “Patron of the Bog”! 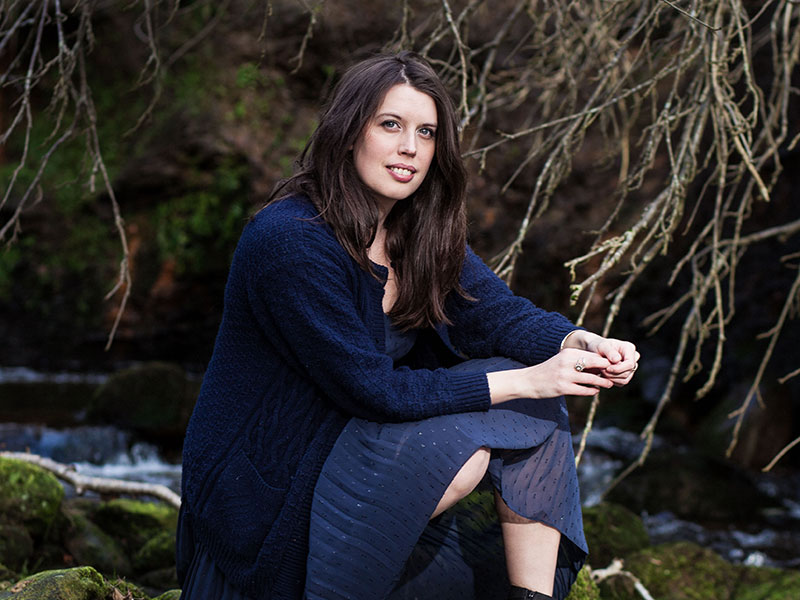 The correlation between our natural world and folk music is perhaps not an instantly obvious one.

So, let me conjure you, by the rites of our fellowship, by the consonancy of our youth:

It’s a heady summer evening; your nose is full of the smell of cut grass, your eyes bombarded by pollen, your lips still tacky with chutney and barbecue sausage splatter. You’ve eaten most of your ketchup-sodden paper napkin as you rammed the hotdog home. You’re perched upon a hay bale with short-trousered legs cut to shreds by straw spears. You’re irritated by hay dust, endless dust caught in your straw-y pew! In your hand (whether you’re old enough, or not) an increasingly warm plastic glass of scrumpy; potent apple syrup, undeniably acid enough to dissolve an over-curious farm cat. The sky still professes daylight, but the moon remains visible. It is the time for midsummer madness…

…hanging on this saturated breeze – accompanying toddlers dancing, lovers’ first meetings, old men playing skittles and smiles upon smiles – is a noise sliding from that local guy or gal who you’ve seen around but never thought to notice. Whossit’s cousin or Jen’s other friend. Tonight, with their fiddle/squeezebox/homemade-sousaphone, they’re a Bacchae-summoning catalyst! The focus for our twilight community. The ecstasy, their music-magic, seduces bare feet into massaging grass between toes, entrances eyes to join the moths’ candlelight reels, their voice destroys the brutal daylit-barrier between man and nature. Grass, straw and pollen, allied with pig-sausage, apple-cider and tomato-relish, mobilised by music, by dancing and by smiling, steps out en masse to eclipse the world of broadband, of tactical voting and social injustice.

Melodies of yesterday, stories of fable, performers who’ll become legends for as long as nighttime holds a seat in this distracted globe.

To me, music, folk music is about people and how we slot into nature. These are tales of how we work the land, the warnings of nature, the wonders of all biology; these are tunes that have survived for centuries, sung down the generations, and transport us – instantly – into something often missing from our cities.

And THAT is why I’ve interviewed Bella for this particular podcast!

Bella encapsulates all that I think is beautiful about our country and our natural heritage. Her passion and joy for music and nature is contagious. I cannot recommend enough catching her as she tours. Obviously feel free to buy her music, but folk music (all music) really should be listened to live… with or without scrumpy!

(Apologies for the florid nature of this particular blog, and my reappropriation of Shakespeare, but I reckon he loved folk music too.)

Bella composed the theme tune to our podcast which can be heard here – “The Oak & the Ivy”:

Bella also composed a song for our special Curlew related episode (which, if you’re listening to these episodes chronologically, is coming up in the future), and can be heard here:

Bella on the internet:

Moors For The Future – https://www.moorsforthefuture.org.uk/

Topic Records: “The Voice of the People” – http://www.topicrecords.co.uk/three-score-ten-wins-awards/