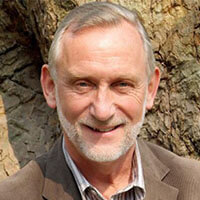 Professor Sir John Lawton is a fellow of the Royal Society, president of the Yorkshire Wildlife Trust and chair of the Endangered Landscapes Programme. Previously a trustee of the WWF, head of the Natural Environment Research Council and the most recent chair of the Royal Commission on Environmental Pollution, there are seemingly few environmental organisations that John hasn’t been involved with. That said, it is birds that have driven John’s lifelong obsession with the natural world. Sitting in John’s back garden amidst the sound of birdsong, this conversation flows from a childhood obsession of brilliant blue hedge sparrow eggs tucked away in his nan’s back garden to following in the shoes of Darwin with a (now frowned-upon) fascination for collecting specimens. John explains how he helped to set up nature protection areas across the world, how he visited Chernobyl in the hopes of persuading the Belarus government to turn the exclusion zone into a national park, and what he got up to with a dolphin in Durham with David Bellamy.

John is bird mad. As we chatted I very quickly lost track of how many species he had mentioned. One recollection of a bird from his past instantly evoked another. A willow tit led to a nightingale; bee-eaters to corncrakes. I heard a jubilant man in his seventies talk of his childhood obsession for birds with the same glee of that very child discovering his first species at the age of three. I remain utterly charmed by this man’s passion. 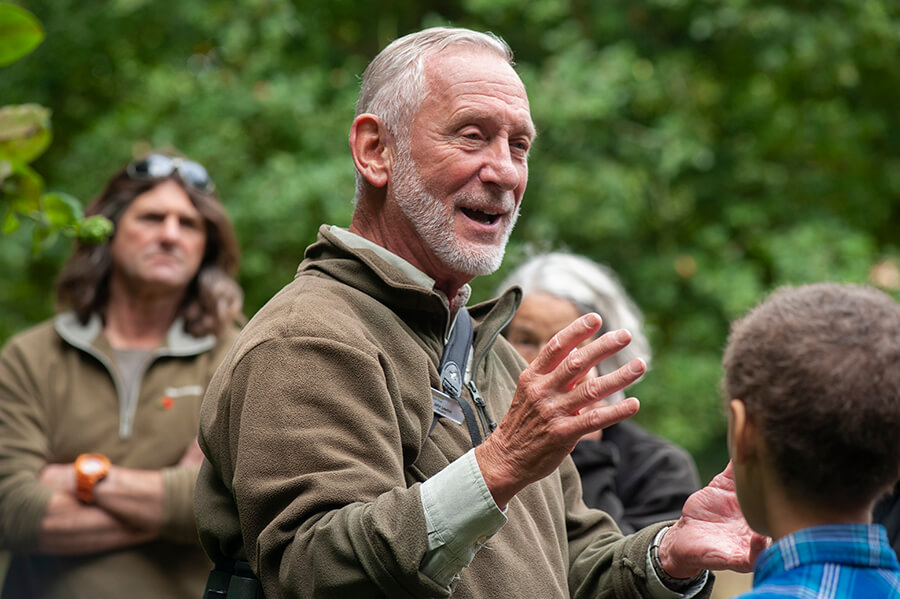 Besides dissecting a dolphin with David Bellamy in Durham – WHICH IS AWESOME – the one thing that truly stunned me during this interview was John’s answer to my second set question: “Should we colonise the moon?”. It’s a question which can raise a surprise answer. I loved hearing Astrid Goldsmith talk about her martians and Martin Bencsik’s allusions about Carl Sagan and birds leaving their nests was incredible. But more often than not it elicits a simple “no” – indeed why would an environmentalist want to wreck another spacial body? Subsequently, I wasn’t entirely surprised when John responded in the negative. But, what had not entered my mind, was that he, as the head of the NERC, controlled the funding towards a great deal of the UK’s space exploration and research budget, and that he in fact had not simply hypothetically decided that we shouldn’t colonise the moon, but that he actually had decided to put a halt on that possible future endeavour in favour of preserving our own Blue Planet. Amazing. Just amazing!

Since sitting down to talk in late June, I’ve been ruminating upon a lot of what John said in our conversation. It’s very easy to get hypnotised by his stories; to be stunned by nature and adventure, and to forget the reasons why he has worked on behalf of our planet. But I’m a little haunted by his endeavour to fly less. I too have been, and indeed am, guilty of this crime. When my acting career is going particularly well, I end up in an aeroplane. My livelihood is an international one – that is my excuse, and I’m not sure if it’s good enough.

It is all well and good for a well-travelled man in his seventies to say fly less for the sake of our planet’s future, but how do we relay messages like that when they could seem so hypocritical? How come he gets to see the blue whales he deems worth protecting when you’re still saving up to buy your a plane ticket to the Azores? How can the developed world dictate lessons to the developing world? How can you dim the prospects of future generations when those in the past got to live so brightly? Quite honestly, I haven’t got a simple answer. But, watching Greta sail the Atlantic makes me hope that people younger than me may hold the key. And indeed putting the planet higher up our list of priorities is where we need to begin.

Perhaps, if we’re lucky, we’ll end up in a William Morris utopia before we kill this planet. But, before then, in some way, we have to change society. Create a world where travel is less desirable, where local physical community trumps distant digital interaction, where local food is consumed over more exotic foreign nourishment. There are lots of possible actions that help create a solution. But, honestly, is it possible to hit a deadline which the IPCC believes is only 3 years away? The change needed is massive; it is at odds with everything mankind has been trying to do for the past 300/3000 years! For now, all I can recommend to you all is to do what you can for this world, however small. Then do a little more. Maybe, eventually, it will be enough, maybe.

A photo of one of my Malaysian Dragonflies – https://www.instagram.com/p/Bk2BrIdAATW/?igshid=uz56sfom6ye2