Tim Pears: Foraging fables from the hedgerows of the West Country

Tim Pears joins David Oakes for this episode of Trees A Crowd. 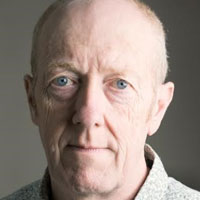 Tim Pears is a multi-award-winning author. His novel ‘In a Land of Plenty’ was made into a 10-part drama series for the BBC, and he’s just published the final book in his ‘West Country Trilogy’. Compared to Balzac and Hardy and inspired by Cormac McCarthy and Annie Proulx, Tim draws on his experiences of growing up in Devon and around nature to create the depth behind his fictional worlds. His love of nature came from a sort of “benign neglect” as his parents allowed him to explore the outdoors freely, without restraint. Growing up, he’s always appreciated the natural world, from being captivated by the sight of badgers in a sett, to feeling “closest to the divine” picking blackberries in his local park. As the son of a clergyman, he explains his respect for spirituality, and why religion features so prominently in his work. In this episode, he explores his writing and inspiration, including the difficulty of watching his work being acted out on screen and his love of writing about people and the landscapes they inhabit.

This podcast is not designed to talk about nature, rather to shine a light upon the different kinds of people who find our natural world so fascinating. This variation may seem purely semantic, pedantic even – semantic-pedantic – but I think this interview, unlike most that precede it, showcases this aim of mine; for Tim, like myself, is driven by a similar fascination.

Tim writes not about landscape, but about people and landscape. He is not simply fascinated by his local woods, nor angered by a populous that prefers to shop, rather he is fascinated that “99%” of people prefer one to the other. His curiosity is clear. In a profound assertion about his life, he says:

“The search for meaning is the point of life.”

When we spoke, back in October, the peril facing the world was the ever-present Brexit. This led Tim to say how at the time our focus was always split – Brexit or the environment, never both simultaneously. Or at least for 99% of us, as 1% (one of which was Dr Bryce Stewart) looked at how one affects the other.

That certainly, and perhaps very properly, seems to be the case today. We have a global concern that trumps both the environment and patriotism; we have a pandemic. As I write this, I’m listening to BBC Radio 4 explain coronavirus’ rampage across the face of the earth; how our healthcare services are under-prepared, how the stock market is plummeting, Trump has just banned flights between Europe and the USA, Ireland has closed schools, Italy has closed everything… and in four days’ time, this list, more likely than not, will seem small fry.

But let me try and be a “one-per-cent-er”, and see what can be found if one links this pandemic and the environment. What’s going on elsewhere?

It’s awful that a global pandemic is the cause, but apparently carbon emissions in China have dropped by a quarter. Similarly, airlines are less busy as the result of travel restrictions – for FlyBe especially so – so temporarily and at great human loss (experiential and actual) the air industry’s carbon footprint has been curbed for the moment. That said, some fear worse is to come, and that the spread of CoV-19 and its impact on the global economy will slow down our transition to greener energy.

As you may be aware, coronaviruses are zoonotic – they’re transmitted between animals and people. SARS-CoV was transmitted from civet cats, and it’s suspected that MERS-CoV is transmitted from dromedary camels. CoV-19, our current concern, supposedly came from the sale of exotic animals for food in China; currently Pangolins are suspected to be the initiator. (Worth reminding those that may have missed an episode around Christmas time that we’ve an episode of Trees A Crowd which can fill in all your Pangolin blanks, should you have any.) So in trying to find a silver lining to all of this, one massively positive environmental development occurred and almost nobody reported on it: China announced a permanent ban on wildlife trade and consumption, which is fantastic news, albeit with a few worrying loopholes. (This article in the New York Times is definitely worth a read: “China’s Ban on Wildlife Trade a Big Step, but Has Loopholes, Conservationists Say”.)

At a beat in time when a little reflection of our place in the world and our relationship with the animals on it could be useful, and at a moment when pre-emptive self-isolation might provide a quiet opportunity to settle down with a book, perhaps it’s worth embracing the work of a compassionate writer with a “respect for spirituality” who aims to espouse “the cathartic experience of art”.

“All the Pretty Horses” – Cormac McCarthy

…and the works of Kent Haruf and Annie Proulx

“How to watch the Hedgerow” – https://www.newstatesman.com/culture/nature/2019/07/personal-story-how-eat-hedgerow

The Guardian: Call of the wild: the podcasts taking people back to nature – https://www.theguardian.com/tv-and-radio/2019/oct/02/call-of-the-wild-the-podcasts-taking-people-back-to-nature