Harry Barton, chief executive of the Devon Wildlife Trust, joins David Oakes in this episode of Trees A Crowd 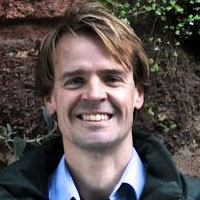 Harry Barton is the chief executive of the Devon Wildlife Trust. He has worked for nearly 25 years in the environmental sector, including spells at the Earth Trust, the Council for National Parks, Kew Gardens, CPRE and the Wiltshire Wildlife Trust. Amidst extolling the virtues of Devon and it’s newfound beaver population, Harry explains the Trust’s mission to preserve, protect and enhance the county’s areas of natural wildlife. This conversation addresses the differing roles of the wildlife trusts, environmental groups like Extinction Rebellion and individuals like Greta Thunberg in solving the crisis of climate change, but takes numerous gear changes along the way – from musings over childhood memories of cars being swept away by the river at Richmond, to the threats to our marine environment hidden beneath the waves. Harry also talks about one of the issues closest to his heart, that of the importance of the outdoors for young children, particularly for his son, who has autism.

Harry was the second person I interviewed for Trees A Crowd, Astrid Goldsmith being the first. We drove out from the Devon Wildlife Trust HQ in Exeter and walked through Dunsford Wood, along the banks of the River Teign. We commented on the daffodils, which were just flowering, and the great crested grebes that were frollicking in the river… too bad that you will never hear a word of that interview, as my recording equipment failed! So we tried again. So here’s take two, recorded when I returned to talk to Harry in April. Here, however, is pictorial evidence of that chilly morning walk back in February. Proof it did happen! 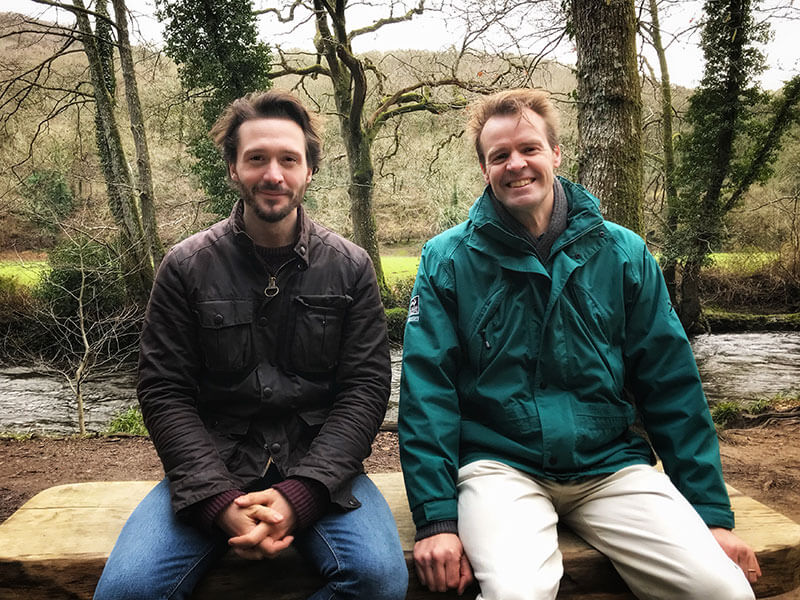 There was something fascinating that came out of having to re-record an interview with Harry months after we first met. It wasn’t a simple rehashing of pre-known questions and repeated answers; it was a continuation, a second part of a formula that is lost to you, the listener, but which informed everything Harry and I discussed. A transformation occurred, much like when interviews are released a number of months after they are recorded. It is perhaps why this interview is a little less interested in facts, but leans towards the spiritual and hypothetical. A discussion not of what and how, but why and if.

In the gaps between recording, re-recording and releasing this podcast we’ve seen a number of Brexit “deadlines” come and go. We’ve seen prime ministers fall, rise, and teeter foolishly on a mess of their own making. We’ve witnessed Greta Thunberg sail the Atlantic to meet with presidents, derided by some but lauded by many others. We’ve seen worldwide climate strikes led by children, and we’ve seen adults destroy the Amazon at rates faster than my memory can recall.

As a slice in time, of late April 2019, this interview shows us how aware we were of these environmental pressures, and how our responses, however plentiful, may not have had as great an effect as we may have hoped. But this is indeed something that is ongoing, and writing this now is simply another point on a continuing timeline.

As Harry states in this interview, an impromptu encounter with Extinction Rebellion caused him to rethink his previously held beliefs, and now asserts that all approaches are necessary for environmental change to be achieved. This is not a flash sortie to change the world, but a prolonged assault on hearts and minds fought on numerous fronts. Budgets and governmental process are the tools of some, compassion and kindness are chosen by others. A few even opt for confrontational tactics. We must accept that our own viewpoint and responsibilities shift over time, for we are moulded by the encounters we share – and we are never incapable of change. More than that, we need to evolve for change to happen.

Perspective is increasingly key to all aspects of life, but perhaps never has it been more important in terms of our interaction with nature. With our society and technology growing so rapidly, we are capable of causing a huge amount of destruction, but we also now have the technology to limit, or even reverse, the damage it has caused. As Harry suggests, running up a Devonian Tor or being penned in by trees or mountains helps us reimagine ourselves not purely as a construct of a human society, but as a continuing part of a natural ecosystem, of a “natural justice”.

Here’s is a little more of Harry and myself, surrounded by nature, seeking out beavers on the River Otter:

I’ll leave you with a poem, In a Country Once Forested (2007) by Wendell Berry:

remembers the old, a dreamer

of an old holy book,

an old set of instructions,

and the soil under the grass

is dreaming of a young forest,

and under the pavement the

soil is dreaming of grass.