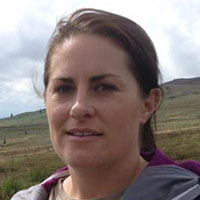 Dr Catherine Barlow is project manager of the South of Scotland Golden Eagle Project, and previously worked on the ground-breaking Osprey Translocation Project at Rutland Water. This episode was recorded in front of a live audience at the Open Book in Wigtown, Scotland. Hear how Catherine’s ‘forced’ love of birds in childhood led to a real passion through adulthood – particularly for the mighty birds of prey. In this episode she takes us through her first experience of a golden eagle – of catching only a glimpse of a brown smudge in the sky – but, in describing its characteristics it’s clear she’s come to see it as the most impressive and beautiful of creatures, and is now devoted to increasing the British population of these magnificent birds. Among many intriguing anecdotes, find out why golden eagles are bigger, better and stronger than David Oakes, and how a murderous eagle called Beaky has caused difficulty for the conservation project. You’ll also get an insight into Catherine’s earlier work, like her time spent on the Otterburn military range, watching short-eared owls, kestrels and hen harriers.

I love Golden Eagles. Here’s a quick behind-the-scenes shot of me in “The White Queen” with a Golden Eagle and a very fetching golden costume: 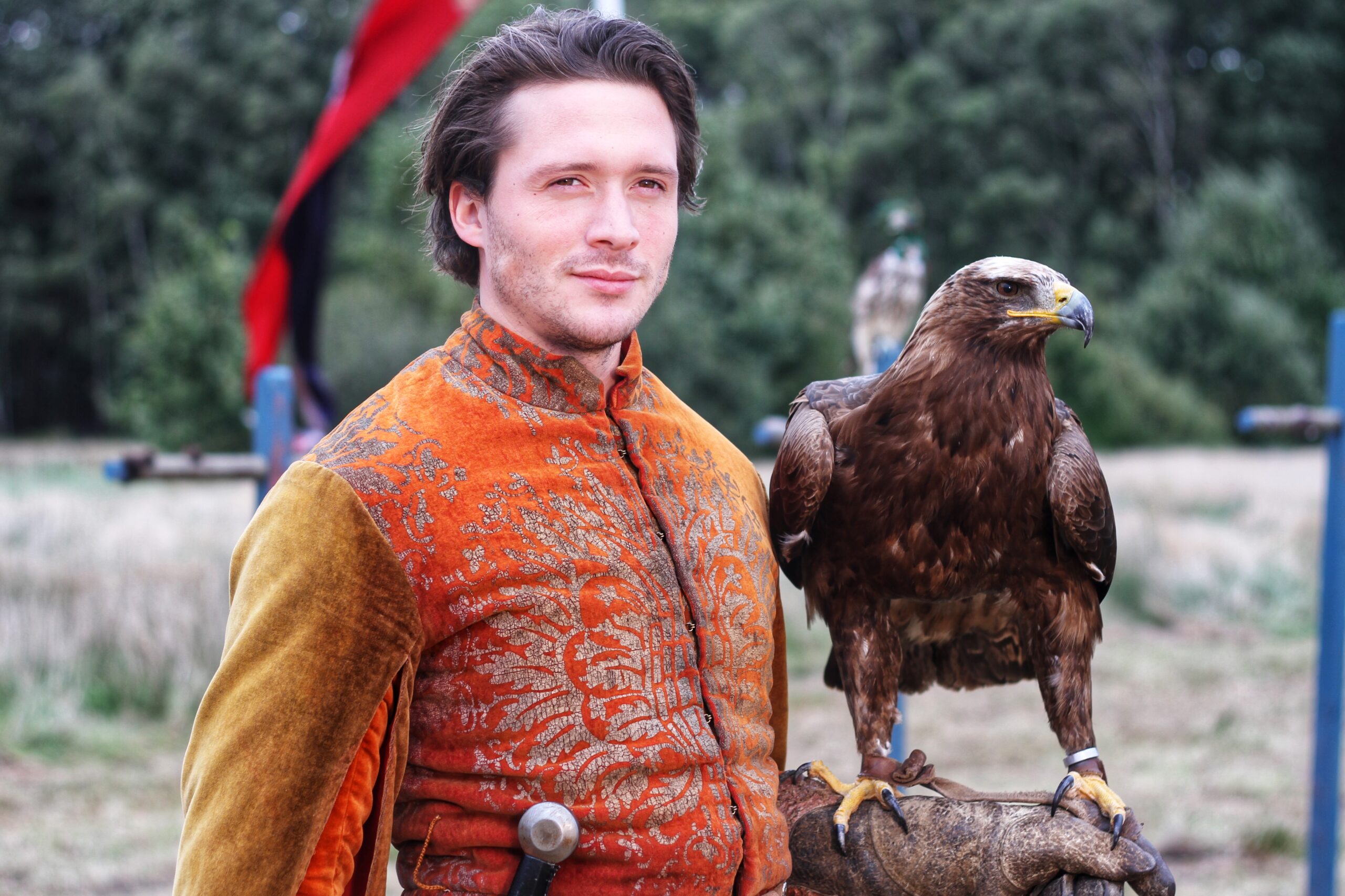 They’re truly the most astounding of creatures both in theory and when viewed through binoculars, and certainly when experienced close-up whilst pretending to be a treacherous Plantagenet. This particular bird’s wingspan was longer than I am tall – and I’m 6ft! She flew completely silently, her grip was terrifyingly strong, and the way she out “blue-steeled” me was thoroughly humbling.

To contrast that photograph, here’s a photo from the book which I referenced in the podcast. It depicts a man going Golden Eagle hunting from an aircraft: 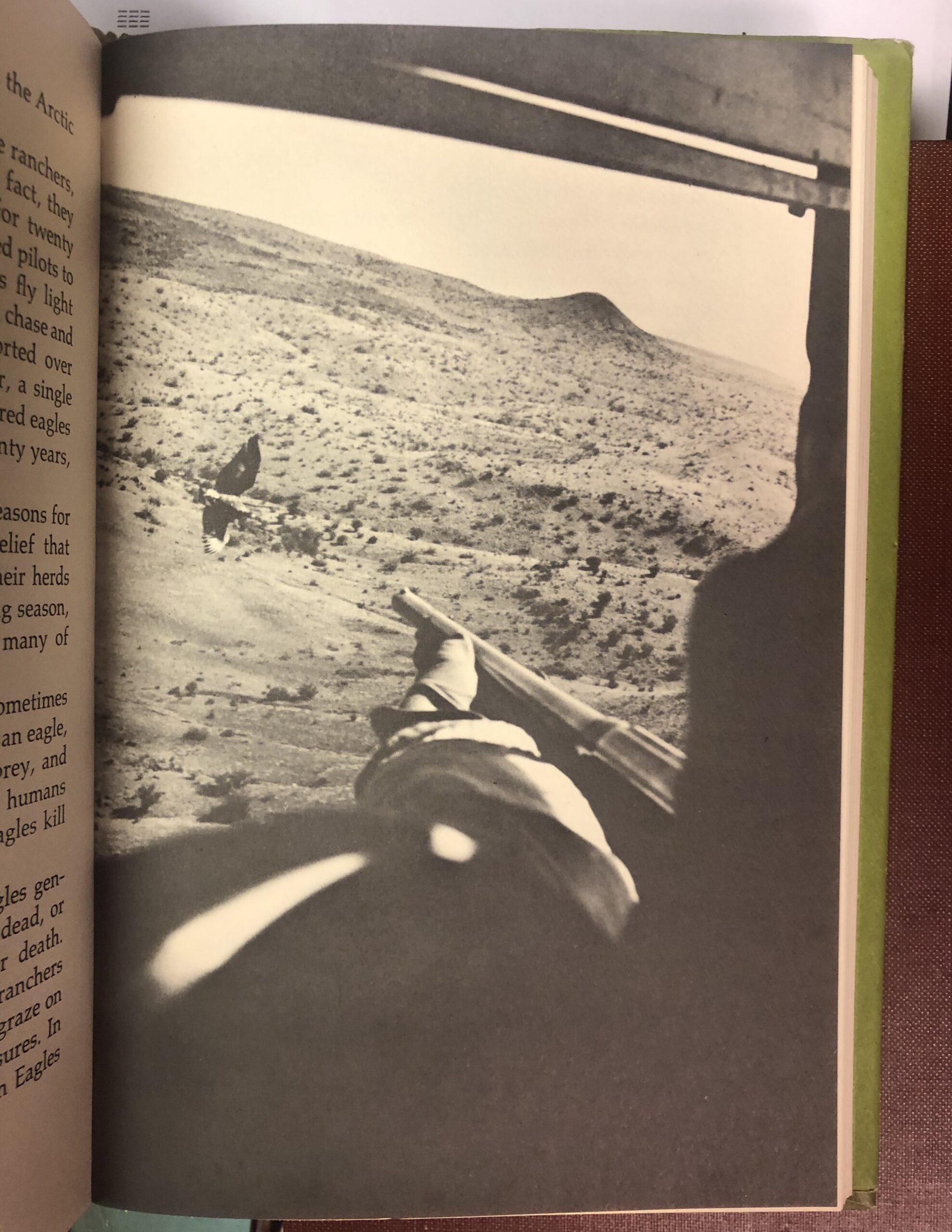 When we know that a species decline is in large part due to human intervention, it seems only proper that we must attempt to right our wrongs. Some will say that we are just animals and that our barbarism is no worse than that found in the animal kingdom. But our understanding of human impact on our planet is increasing daily. We are aware, and we are now alert. We possess consciousness, and we have a conscience. And human science, as well as alerting us to our missteps, has developed the means to assist our planet. Not to do so, in my books, would not only be damning to the natural world, a waste of our species rapid developments, but we’d be condemning generations of humans yet to come to a truly disastrous monotone future – one lacking in biodiversity, and possibly breathable oxygen.

Personally, I would love to help nurture our lush planet in such a way that Golden Eagles and all of earth’s creatures are living in equilibrium right up until our sun explodes and dooms our solar system for all eternity. #SmallGoals.

Buzzfeed: About the Open Book – https://www.buzzfeed.com/danieldalton/complaints-and-disappointment

Dr Fay Clark: Ring-tails, killer whales and the history of the British zoo