Joanna Lentini: Swimming with crocodiles to photograph her fears 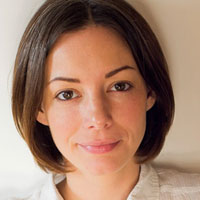 Joanna Lentini is an underwater photographer, writer, and adventurer. She runs ‘A Wild Life,’ a company that seeks to reconnect people to the outdoors through the art of observation, photography, and prose. She is also the COO of ocean education organisation ‘Oceans in Focus’. Her accolades include having her work exhibited at the 2015 Climate Change Conference in Paris, and featuring as a finalist in the 52nd Wildlife Photographer of the Year Awards. In this bonus Christmas episode, Joanna gives us a frank and open insight into her life, her passions and her anxieties. She explains how she combats her fears by swimming with crocodiles and orcas, and the thrill in doing so, and details the problems humans will continue to face as we become even more disconnected from nature. In this episode, she reminisces about an amazing trip to Glacier National Park and recalls how the natural world affected her from a very early age, and has gone on to hold a special place in her heart. 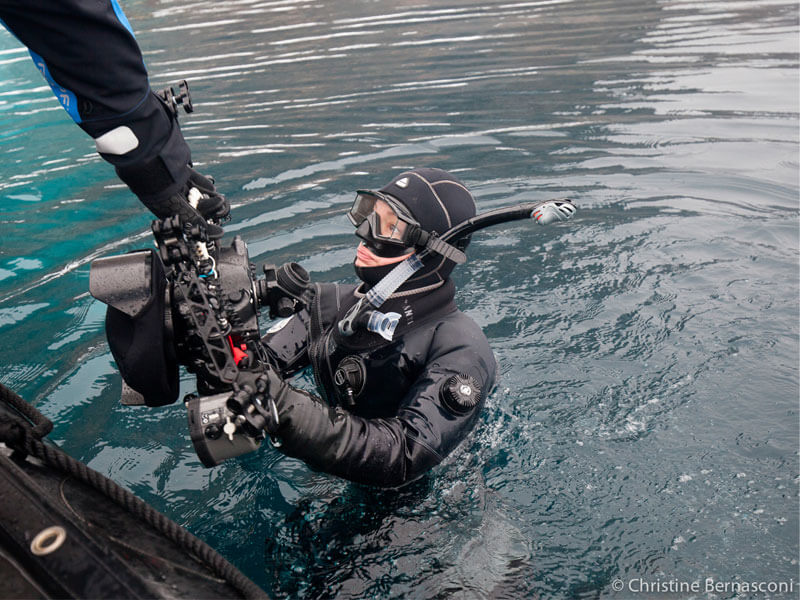 Joanna “at the office”

“So this is Christmas and what have you done? Another year over, a new one just begun.…”

How well behaved have you been this year? What gifts will you receive? A delicate ripe clementine or a dusty lump of coal? Unfortunately, so far the signs behind the advent calendar windows have not seemed the cheeriest.

A new majority government rules in the United Kingdom, one whose environmental agenda was dwarfed by the opposition’s. But the Conservatives now govern a country within which The Green Party made the largest relative gains. They have increased their vote numbers by over 60% this election. An unprecedented 850,000+ voters backed an overtly green political party – many others backed parties with similar green manifestos.

Cop25 – the climate conference in Madrid – also came to an unsatisfactory end last week. Many hoped two weeks of negotiation would lead to global progression in agreeing carbon caps and prices; but, alas, no. The conference elicited a few vague promised intentions (namely 31 countries signed up to the San Jose principal), but little else. But Cop26, in Glasgow, is already in sight, and at least our World’s nations are beginning to have the correct conversations – that is indeed real progress.

I think it’s fair to say the planet didn’t get exactly what it was hoping for this Christmas, but that’s not to say there was nothing lying beneath the tree. I don’t want to stretch the analogy too far, but 2019’s festive present wasn’t just a lump of coal sitting waiting beneath a fir tree, one hacked from the ground prematurely and laden with plastic baubles, but neither is it a yoyo/slinky/rubix cube/tamagochi/furby/baby yoda (delete as appropriate).

The truth is that this Christmas I know people who – for the sake of their consciences and the state of the planet – sourced an ethical Christmas tree, or planted a Christmas tree in their garden, or chose to go christmas-tree-less, or gifted a Woodland Trust membership. I even know one couple who hired a tree – yes, you can hire a tree! The ‘end of 2019 truth’ is that I have never known so many people express so much care for the environment as openly as I have this year. And that is why (Polar Bears aside) I thought Joanna’s interview would make the perfect seasonal gift to you all – there’s a message in it! 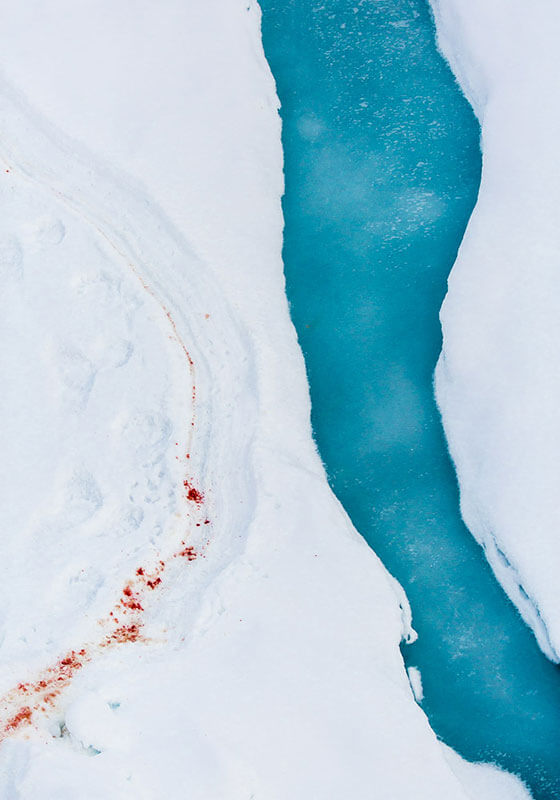 Joanna easily fits the Trees A Crowd criteria – she is obviously a person “inspired by or dedicted to the natural world” – but there is something more pervasive driving our discussion. Our talk is of empowerment, of self-worth, of facing one’s fears, of the value of vulnerability. If 2020 is to be one brimming with challenges, what better person to prepare us than someone who, by choice, against her better instincts, swims with crocodiles!

Imbedded deep within my psyche are Kipling’s “Just So” stories, in particular that of how the elephant got his trunk. Don’t be too inquisitive it says – don’t be nosy – don’t trust crocs! But perhaps I misinterpret Kipling, or perhaps 2020 is the rubicon and now it is time to subvert this allegory.

Perhaps, now, to become as powerful and iconic as the elephant, we must occasionally follow the instructions of the Kolokolo Bird. We need to “go to the banks of the great grey-green, greasy Limpopo River…” to painfully manifest a trunk so that we can trumpet and be heard far and wide. To put it another way, to take photos that could drive social and environmental change, it is worth being brave enough to stretch one’s sense of danger. But in order to do this, as Joanna says, it requires us not to judge animals – and indeed not to judge our fellow humans.

Joanna says that swimming with crocodiles surprised her, and that although feeling vulnerable she did not feel threatened. This is language that fits eerily neatly within the grammar of the IUCN Red List. Threatened is the ultimate sad realm of species like the White Rhino, subsequently Vulnerability is the point from which action must ensue and complacency shatter. As with swimming with these ancient reptiles, accepting our own vulnerabilities may well provide the firmest foundations from which to create and to explore, or to conserve what we fear losing. It is a delicate balance, one captured in Joanna’s “Floe of life”. A creature’s vulnerability provides the reflex to save itself.

Ultimately, Joanna epitomises the adage, “do something every day that scares you”, an agenda well worth exploring as we enter the murky post-yuletide fervour of 2020, a present we offer up to you all this Christmas.

All photos used on this page © Joanna Lentini

Where the Wild Things Were by Stanley Johnson

Wildlife Photographer of the Year – https://www.nhm.ac.uk/visit/wpy/gallery/2016/images/impressions/5110/floe-of-life.html

Dr Fay Clark: Ring-tails, killer whales and the history of the British zoo