Éanna Ní Lamhna: The force of nature teaching teachers about the Emerald Isle

In the first 'Trees a Crowd' from Ireland (and a two part interview to boot), Eire’s favourite naturalist and broadcaster, Éanna Ní Lamhna, talks to David Oakes about the Emerald Isle. 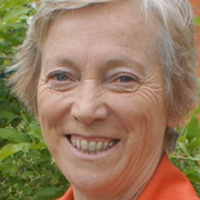 Éanna Ní Lamhna is undoubtedly Ireland’s favourite naturalist and broadcaster. She has served as the president of the Tree Council of Ireland, secretary for the Irish part of the Botanical Society of Britain and Ireland, and as president of An Taisce, the Irish National Trust. She’s worked on the radio show ‘Mooney Goes Wild’ since 1995, and has published a number of books about wildlife and education. During part one of this incredible conversation, hear how an endless emphasis on daisies, daffodils and dandelions led her to writing a book determined to broaden the floral vocabulary and knowledge of young people – “how can you appreciate the exotic, when you don’t know the ordinary?” This conversation heads into a favourite topic for the show – climbing trees, and how children are doing it less and less, and it also explores Ireland’s many links to the natural world, through poetry, stories and in particular place names. You’ll hear quite quickly that with a wealth of knowledge and an unmistakable passion comes modesty, as Éanna charts her success down to “an accident”… but we know the truth!

In part two of our conversation Éanna explains how St Patrick is not to blame for a lack of snakes in Ireland, why one local shop has never sold a mole trap, and why certain trees are dying out in the country. This conversation is littered with little lessons and intriguing anecdotes, as Éanna embodies her mantra, that if we better educate people about the natural world, we’ll care for it not because government policy says we have to, but because we want to. Listen in for a healthy dose of inspiration, laughter, and a little folklore to boot.

Ireland is not a country I know particularly well. I filmed “Ripper Street” there a few years back, and, at the age of 16, at the height of the foot and mouth epidemic, I spent 8 hours playing a 1980’s edition of Trivial Pursuit in Cork bus depot (misspent youths, eh?!) but that’s about it. That said, burgeoning with culture and countryside – as Ireland is – I’ve always felt drawn to the place and I wish I knew the emerald isle better. Here’s hoping an opportunity presents itself to spend some proper time there soon.

I arrived to talk to Eanna the day after the UK left the EU, and could subsequently perhaps not have been better placed to feel that these tales that Eanna was to share were from a more foreign land than I was expecting. But, the variety of avenues we discussed, and the fervour with which Eanna divulged her narratives, is proof enough to me that we’re better off sharing our experiences regardless from where we hail. For, as Eanna says:

“Any day you wake up and don’t learn anything is a poor day.”

And so, with that: “Pissy Beds”. Who knew that dandelions could be referred to as “Pissy Beds”. This world amazes me! I’ve been on the internet for days since trying to find out why on earth flowers might have attained this colloquial name, and other than one vague link to dandelions being used for their diuretic qualities, and being referred to as “Pissy Bells”, I’ve got simply nothing to show for it. I even got to the stage of messaging the current crown-bearer of natural historical lexicography, Robert Macpharlane himself, but that failed to merit a suitable response either. The loss of language over time, especially in regards to our more rural lexicon, is such a sad one – something Robert Macfarlane is working hard to slow, if not to halt and/or reverse (see his “Landmarks” or “The Lost Words” for more information on this.) But through talking and exploring, and indeed listening to reputable podcasts, the accelerating shrinking familiarity of the day-to-day can be replaced by a resonant and intoxicating connection to the past and to the presently other.

(N.B. Since originally publishing this blog entry, I’ve spoken further to Eanna, who I obviously should have turned to initially, as she told me everything I needed to know. She told me that dandelions are also know as “pissy beds” by the french, or as “pissenlits” to be precise. Knowing already that we called Dandelions so because of the french for “lion’s teeth” or “dent de lion” – because of their petal shape – it gives me greater joy knowing we’re in unity with the french both formally and colloquially when it comes to naming these glorious flowers! Anyway – more information here: Piss-A-Beds)

Besides “pissy beds” there is a great deal to unpack from my conversation with Eanna; the parallel histories of Ireland and Britain, the ruling classes from Oliver Cromwell to Éamon de Valera, the power of religion, the power of plants and wildlife, the deliberate destruction of essential habitats, the attempted preservation of desired agricultures, mistakes learned, mistakes repeated, education, education, education… I find it as exhilarating as it is as dense (indeed, I haven’t laughed as much listening back to a recording as I have when listening to Eanna). I hope this conversation offers you the chance to discuss it’s contents with friends and family. And if you can’t do that, head outside for a walk, and…

“Don’t come back in unless you’re bleedin’!”

P.S. The title banner image on this webpage was taken by me the day before meeting Eanna. It is taken from atop the Spink, looking down onto Glendalough.

Botanical Society of the Britain and Ireland – https://bsbi.org/