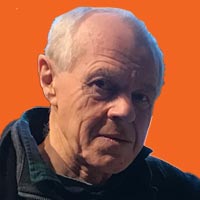 Mark Frith is an artist and filmmaker. His documentaries include “The War on Love”, “Hotel Splendide”, and BAFTA award-winning documentary “The Lie of the Land”. In 2011, he began a project which was commissioned by the late publisher and poet Felix Dennis to draw 20 large scale, intricate portraits of Britain’s ancient oak trees. His series of graphite drawings, which took the best part of a decade to complete, were gifted to the Royal Botanical Society’s permanent collection at Kew and to Felix Dennis’ Heart of England Forest charity. In this in-depth conversation, Mark shares his childhood memories of growing up in Gloucestershire, explains how his spiritual empathy with the natural world helped to create the detail in his drawings which “appeared to draw themselves”, and shares his concerns about the human activities that continue to destroy the natural world.

Perhaps it’s nominative determinism that drew Mark’s oak tree exhibition to my particular attention – I’m sure a woman called Holly Brock would similarly be drawn to events focused upon badgers in holly bushes – but Mark was the first person I approached about being interviewed for Trees A Crowd, and was also – wonderfully – the first to reply. Subsequently, when the producers and I were driving up to his beautiful home in Gloucestershire, I’d be lying if I said I wasn’t a little trepidatious. That said, nothing puts one more at ease than three generations of bounding black labs! Grandmother, mother and daughter (when she wasn’t trying to chew her way through anything she could lay her paws on) were a delight; they welcomed us immediately and put us all at ease.

Mark, being an award-winning documentary maker, failed to remember on our arrival that we were there to interview him and not the other way around! Over a cup of Darjeeling he grilled me and my intentions, spoke about the plight of actors (his nephew also having worked at Shakespeare’s Globe) and, when forced by me, introduced us to his BAFTA that sat above his kitchen fireplace, crowned with deer antlers and looking like it would be very much at home aside Christopher Lee in The Wicker Man.

Hopefully our interview speaks for itself, so other than including some internet links below, I wanted to highlight a couple of wonderful insights that we did not record, or that we edited out for timing. We sat soundchecking the microphones in a room with a piano, an easel set up with an unfinished oak tree, and numerous tokens accumulated through no doubt more than one person’s lifetime. Knowing that I was soon to be interviewing the artist and taxidermist Polly Morgan, I asked Mark about the numerous stuffed birds at the back of the room. This bird of prey, it transpired, was shot by Francis Frith, his (great, I think he said) grandfather who, between 1856 and 1859, took photos like this: 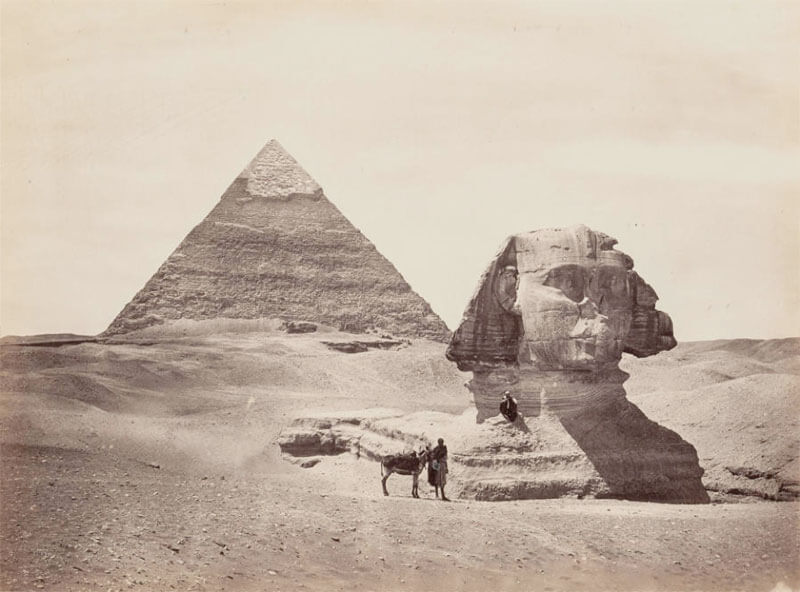 He was one of the very first human beings, perhaps even the first, to photographically document the Egyptian pyramids. The heritage in Mark’s family to not only observe the world, but to document how humanity has shifted the natural balance of things, is incredibly strong.

It was a delight to talk to Mark, and it is with great pleasure that I offer up our conversation first to kick off Trees a Crowd.

Find below weblinks for more information about Mark, his exhibition at Kew, and the man that commissioned the oak tree drawings, Felix Dennis, and his charity, The Heart of England Forest. Also there’s an IMDb link for Mark’s BAFTA-winning documentary, The Lie of the Land, information on ash dieback, and a link to the article I mentioned about megafauna being made extinct.

THE EXHIBITION – THE LEGACY OF ANCIENT OAKS – KEW GARDENS:
https://www.kew.org/kew-gardens/whats-on/mark-frith-a-legacy-of-ancient-oaks

ARTICLE ON THE EXTINCTION OF MEGAFAUNA:
https://www.theguardian.com/world/2019/feb/06/the-killing-of-large-species-is-pushing-them-towards-extinction-study-finds