Dr Bryce Stewart: The man who writes his phone number on lobsters 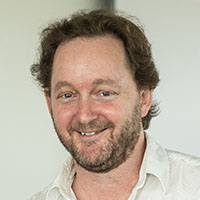 Dr Bryce Stewart is a marine ecologist and fisheries biologist, and is currently a lecturer for the Department of Environment and Geography at the University of York. His love for marine life began at the age of five, when he decided he wanted to be a “professional holiday man” after a trip to the beach. His father persuaded him to consider marine biology instead, and the rest is writing his phone number on lobsters! Bryce explains that his unnatural obsession with scallops ties into one of the best pieces of advice he’s ever received: that if you’re going to be a marine biologist, choose a study species that’s nice to eat, and a study site that you’d want to visit on holiday! In this gripping conversation, Bryce talks about his adventurous and free childhood, growing up in both Australia and Papua New Guinea, his work collecting the vomit of underwater predators, and how getting the bends was “not great” (what an understatement!). He even talks about his work with fishermen, the British government, and his ongoing mission to mitigate the environmental impact of Brexit.

One of the first truly wonderful things you’ll hear Bryce say in this episode of Trees A Crowd is:

And he’s right. Crabs are incredible – just go to Swanage with a cockle on a crabbing-line and see for yourself. Bryce’s infectious fascination for the wonders beneath the waves (and those crawling around rock pools) made this episode such a huge pleasure to record.

But I’m getting ahead of myself…

Back in the heady days of 2016, in those simple pre-Brexit referendum days – days filled with Bouillabaisse, Paella, Heringssalat, Sarde a beccafico and Surströmming – I would often find myself in discussion with people who wanted Britain to leave the EU. I would ask them why. Was it patriotism? Was it fear? Was it immigrants? Was it because Rupert Murdoch told them to? Was it because they, with their expansive knowledge of geo-politics, could foresee the demise of the European Union peace project? And you know what many of them would say? Fishing. They wanted to leave the EU because they didn’t want British fishing quotas to be under its control.

At that time – during those languid langoustine nights – I thought I should know a bit more about the fishing quotas of which they spoke. If fish stocks were more important a priority than the single market, or frictionless borders, or the fact that, although not perfect, collaboration in Europe had kept peace between its members for 75 years or so, I ought to know why. To do that, I needed to talk to a fisherman.

But I had a problem. Unlike these friends and acquaintances of mine who I presume must have had whole rafts of family members who were supported by the UK fishing industry, I didn’t know any professional fishers. There wasn’t a single one I could pose my questions to. But I did know someone who was obsessed with the second largest fish in the sea!

Nicole Pelletier, from the Manta Trust (you’ll remember her from the Maldives episode last year), was a PhD student of Bryce’s back in York, and she told me that he was one of the key scientists who wrote the March 2016 paper on the potential environmental damage that Brexit could cause to not only the UK, but the world at large – and if anyone could tell me anything about fishing quotas, it was he. But, you know what else she told me? That Bryce was cool!

And she was right. Bryce is undeniably cool, and so easy to talk to. When I sat down with him, I was having such a good time that I completely forgot why I had gone to see him in the first place! Thankfully, he reminded me with five minutes of the interview remaining.

So now I know about fishing quotas. And now I know why some people thought fish a big enough topic to cause these past (and upcoming) years of turmoil.

But you know what else I know? I know Bryce writes his mobile number on lobsters. I know orange roughy can live for 150 years. I know Greenland sharks can live for 500 years. I know big fish have more babies than small fish. I know a man who has had the bends(!) I know the best beaches to surf in Melbourne. I know that plaice should be granted “dual nationality”. I know that counting fish is like counting trees in the forest – except the trees are invisible and that they move around. And I know a marine biologist, aka a “professional holiday man”, who finds the crabs he finds in rock pools as cool as I find them. And knowing all that makes me much happier than thinking about Brexit. (And we didn’t even touch on climate change!)