Dan “Swampy” Hooper: The power of protest and learning to live with it (and pooing in tunnels with friends)

David Oakes heads underground in to the world of eco-activism to talk with the environmental protestor, Dan Hooper. 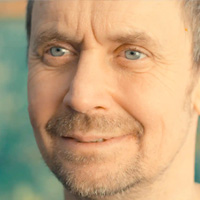 In 1996, having spent 7 days living underground, Dan Hooper was forcibly evicted from a protest tunnel and thrust into the spotlight of the waiting media. From that day forward, Dan Hooper was known by most of the British population simply as “Swampy”. 26 years on from that high-profile eviction, Dan remains a committed environmental activist. In this month’s episode, David Oakes travels to South Wales to meet Dan to hear how his environmental protests have changed over 30 years, and to garner how much power truly lies in protest. David and Dan discuss the relationship that eco-activists have with Politicians and the Press, whether Dan views himself as a tutor for the newer generations joining the activist-community, and how Dan juggles the life of a parent with that of a protester. Is it scary being buried underground as the water table turns with your only breathable air being pumped down to you from the surface? What is the human cost of increasing the pressure placed upon modern Bailiffs by those hoping to expedite the conclusion of the HS2 rail link? And, most importantly, how does one dispose of you and your friend’s poo when several hundred feet underground?

Some of my best friends are Hunt Sabs!

Growing up in the countryside of the Hampshire-Wiltshire border, I had friends who were Hunt Sabs. Most people did, I reckon. But, despite cherishing nature – and occasionally pretending to be a badger – I never joined them. I suppose the younger me was a little cowardly (I think that’s changed; I hope that has changed…!) But through talking to Dan (and reading Disco Dave), I got that familiar tingle that I feel when I first step out on stage with a new production – that of nerves/butterflies/anxiety; fear. I suppose its sane not to want to risk being buried alive, or being roughed-up by bailiffs, but it was exhilarating to hear Dan talk, and witness him bristle, when discussing the electric power of individual protest. The personal triumph for the public goal. The thrill that he and others have attained through slowing down ‘the man’. And although slowing a bulldozer by a few days may seem irrelevant in the greater narrative of industrial progression, it is not. It cannot be. One step always precedes a marathon, etc…

There are a number of people that I have met who have listed Dan as one of the reasons they got into saving the environment. Some are protestors like Dan, but others hold prominent seats within environmental organisations and charities. This is the legacy of front-line activism. One lock-on here, and one burrowed ‘Badger’ there, seep into all levels of the fightback against climate change and mankind-led habitat destruction. Then eventually – EVENTUALLY – their concerns fall onto the to-do lists of politicians and industry leaders. I greatly respect anyone who is prepared to put their wellbeing at risk in favour of the greater good; those who see “a wrongdoing as a wrongdoing… and something has to be done about it.” Will you ever find me buried under the ground? I guess, it depends upon how stubborn our leaders remain, and for how long.