Rob Rose & Natalie Stoppard: Food as a by-product of conservation at Rosewood Farm

Rob Rose and Natalie Stoppard from Rosewood Farm join David Oakes in this episode of Trees A Crowd. 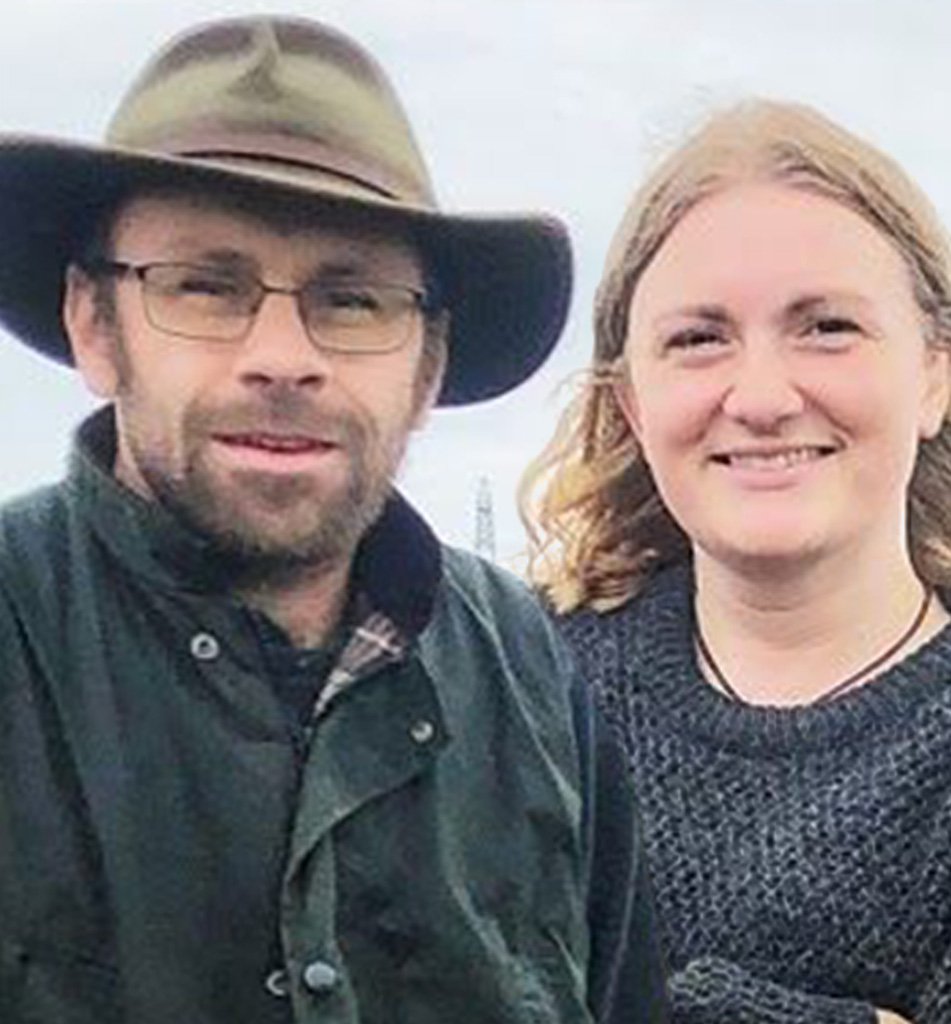 Rosewood Farm makes its home in the Lower Derwent Valley, deep in the Yorkshire Ings. Here, Rob Rose, his partner Natalie Stoppard, and their award-winning herd of 160 Irish Dexters – Europe’s smallest native cattle breed – place conservation, environmentally friendly farming methods, and the highest standards of animal welfare at the forefront of their practice. Rob’s story is one of inspiration, dedication and stubbornness. He started keeping Dexters at the age of 14, and despite being told he’d never make the tiny cows profitable, his perseverance has proved the naysayers wrong. Rosewood has always been a passion project as well as a business – a way of life. Ultimately, the couple’s pioneering methods have won over customers, and now Natural England entrusts Rosewood’s Dexters to graze birdlife and wildflower rich conservation areas. In this episode, hear how Rob is following in the footsteps of Vikings, how each time you buy a steak from Rosewood you are also giving birth to six lapwings, and how the Irish Dexter cattle have befriended three spritely Exmoor ponies Hushwing, Butterbump and Snippick (old world names for the barn owl, the bittern and the snipe).

When I walked the Ings with Rob and Nat, not to bother the animals, we didn’t get closer than about 20 meters from the Dexters. We conducted the interview from a distance, taking shelter in the reeds. Subsequently, a few weeks after the recording, when Rob called to say that they were getting two animals ready to go to the abattoir, I popped back to Rosewood for a closer encounter. 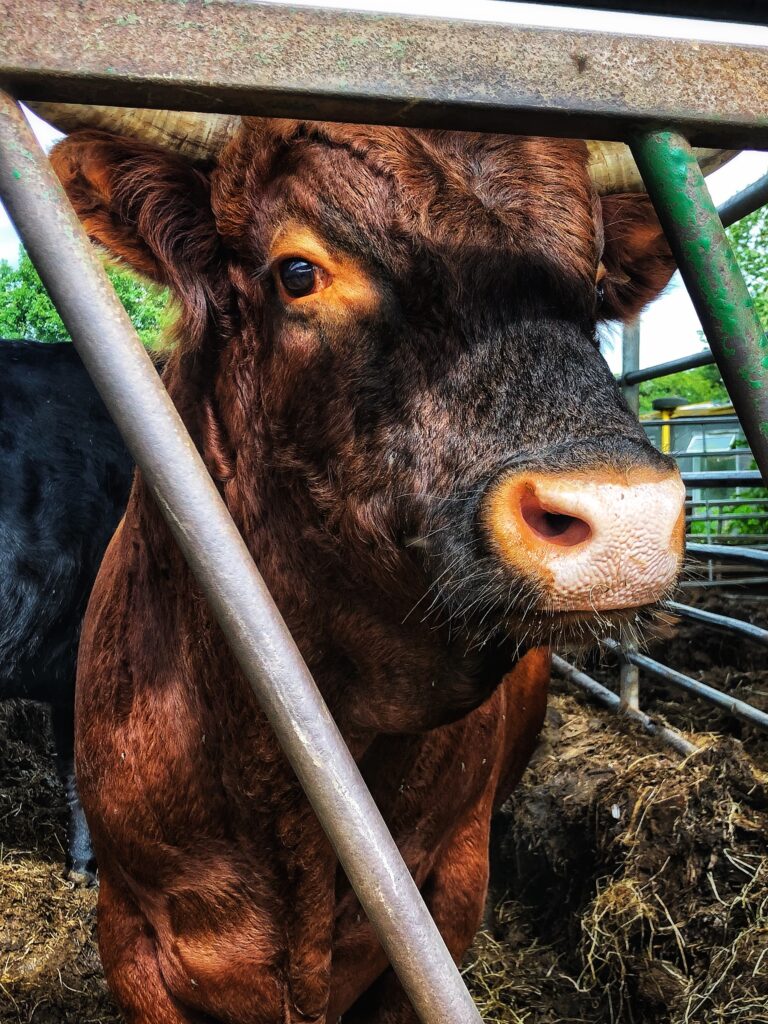 I don’t think it’s entirely fair to say that Rob was upset when sending these particular cows off to slaughter – it’s a part of his job – but I would be lying to say that he was emotionally detached. Rob has a bond with the animals he rears. Similarly, in an almost perverse way, this love also feeds into the care and pride he takes in making his meat available to his customers. One could argue that Rob cares too much to be a farmer in this modern world, or, perhaps, it would be better to argue that the farming community at large could benefit from being a little less detached from the creatures they oversee. These animals are not simply a commodity, they’re part of a family and part of a community. Indeed, what Nat and Rob don’t say in this interview is that for a long period of their cow-farming, beef-producing lives, they were vegetarians. I can understand how their emotions and their goals could seem at odds with each-other; but they’re not.

I’m well aware, and slightly cautious about releasing this episode the week after Ingrid Newkirk’s pro-vegan argument, but I believe this is an important juxtaposition. Humans are omnivorous – but, true, we don’t need meat, and what is also true, is that mass farming vegetables has its downsides too. What I hope becomes clear in this week’s interview, is that the English countryside is a complex one in which humans, animals, and the environment at large have all developed in harmony together over many centuries. But, through the promethean burden of scientific and agricultural development over the past 80 years we have seen this balance shift and this can be seen in numerous ways. Biodiversity, living standards for farmers, quality and taste of produce, animal welfare, habitat destruction, massive increase in CO2 emissions that lead to climate change, flooding, unemployment etc… the list goes on. Farming is teeming with socio environmental-history. Many of Rosewood’s practices and principles have existed since the Iron Age and since the Vikings – Rob and Nat aren’t pretending they’re doing anything new – but, I believe the model exercised at Rosewood Farm is one that could help redress most of these concerns.

A few months back now, on my way up to Sequoia National Park, I drove through an American cattle production area in California. The size of these “barns” really was something I wasn’t prepared for. Indeed, the size of these giant industrial factories was only equalled by the size of the hormone guzzling cattle inside, the smell that emanated from them, and the seeming lack of naturally growing food anywhere proximitous to these animals. This is not the future I want.

I have seen where Rob and Nat live. I have seen how they operate their farm. I have seen the personal attachment that they have to the animals in their care, and the sacrifices they have made to commit to this lifestyle. So when they say that “everything is for the cows”, I believe them. As for whether we should eat meat or not, well that is a matter for you as an individual to decide. But if you were looking for a steak and you also care about animal welfare, about conservation, about biodiversity and carbon emissions, you could do a lot lot worse than buying your meat from Rob. 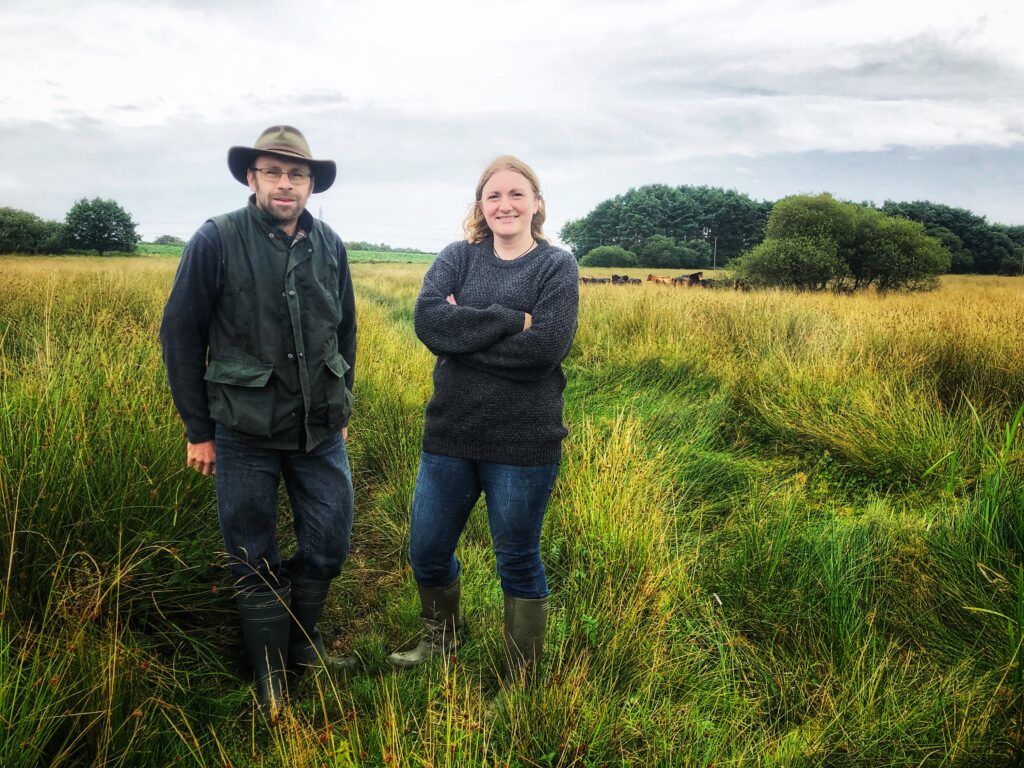 This is just a snapshot of how things work at Rosewood. But Rob’s blog will go into much further detail about all of these issues. It’s truly worth taking the time.