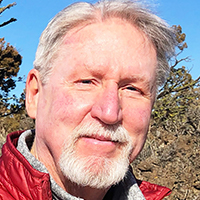 Dr William C. Tweed is a lover of Big Trees – the Giant Redwoods of California to be precise. An historian and naturalist, he has a career spanning over 30 years working for the US national park service, and after holding several roles at the Sequoia and Kings Canyon National Parks, spent a decade as its Chief Naturalist. Whether it’s describing what a Giant Redwood is through a comparison to the miniscule mosquito, or a deep dive into numerous secret histories of mankind’s fascinations with these trees, William will have you captivated, falling in love with, and longing to hug, the giant sequoia. In exploring the tree’s many wonderful evolutionary features, and the serene images he paints of the Sierra Nevada, William explains that our passion for sequoias starts with our love of that which is “big, and old, and rare”, and then continues to grow tall. William explores the history of the “Father of the National Parks” himself, John Muir – how his religious upbringing inspired his writing (his works serving as a “secular Bible” for those devoted to nature) – and how the Sierra Club is still following firmly in Muir’s footsteps today. Among William’s teachings are plenty of digressions and distractions – charming moments of a mind as fascinated by nature today as he has ever been.

Upon graduating from Drama School I was to move to London to perform in a particularly poorly received play. However, every cloud has a silver lining. During rehearsals, I was to become friends with a particularly well-travelled and thoughtful actor. This man, we’ll call him “Thomas”, had travelled the world in the merchant navy before becoming an actor. He had followed in the footsteps of Primo Levi, and similarly sought to explore the thoroughfares of human movements across Europe in the darkest of days. He introduced me to the wonderful words of the unsurpassable W.G.Sebald, and through a sharing of literature, adjusted how I perceived time and place. But, perhaps the most important thing Thomas did, was that he introduced me to the redwoods.

As a ritual, before the opening night of a new show, Thomas would go to Kew Gardens and spend some time amongst the tall trees of West London. Their tallest redwood, indeed the tallest tree in the whole of Kew Gardens, is a coastal redwood (Sequoia sempervirens). It is 40 metres tall, that’s as high as a 13 storey building.  But as it stands in the shadow of the Great Pagoda at Kew, which is 50 metres tall, you’d be forgiven for not being all that impressed. (Take time to climb the pagoda however, and your tired legs may lead you to think otherwise!)

Ritualistically, Thomas again headed to Kew upon our opening night, and he took me with him. I had visited Kew as a school child, but this was my first time back since then. I vividly remember the spirituality the tree elicited from Thomas. He had seen Redwoods in their native California. He and this tree had history. He was touching base with something longer lasting, more enduring, more totemic than simply a tree planted in the 1800s in a Victorian arboretum. And little did I know, that at that point, a seed had been planted deep at the heart of me. 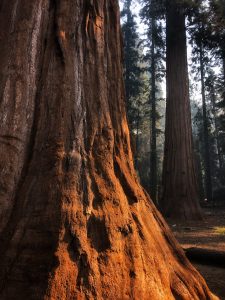 Why were people so affected by this tree? How big really was a “Big Tree”? How could I get a hit of this “dendro-spirituality”? Skip forward 12 years and I was driving North out of Los Angeles through a tiny village called Badger; my destination – Kings Canyon and Sequoia National Parks.

I didn’t have a huge time to spend in the national parks, but I split what time I had between two of the parks’ lodges. I planned two full days to explore the trees, and a third day for which I had planned a significant walk up into the Sierra to around 11,000 ft. I wanted to see the trees from the ground; and I wanted to look down too, on the trees from the glaciers and from the clouds above. I had it all mapped out. Day one – trees. The largest redwood stands at 84 metres tall and 11.1 metres wide. I knew where to find it. It was to be my first port of call. Day two – walk, averaging x mph multiplied by the hours of daylight, adjust for altitude and temperature, trajectory plotted, summit of x feet above sea level = a might walk with bragging rights assured. Day three – more trees. But…

I met my first giant sequoia as I drove through the entrance checkpoint to Kings Canyon. Only a small Giant Redwood (Sequoiadendron giganteum). It was nothing like the monarchs I was to encounter over the upcoming days. But, this was the single largest living organism I had ever met. All my facts and figures and planning for the upcoming days evaporated. Miles and feet, distance travelled, altitude achieved; all became meaningless. My sense of scale, my relative positioning on this planet, from this point forward was irrevocably changed and needed to be redefined. No wonder that men spent decades cutting these giants down; without words, without even a wave of a branch, sequoia reminds humanity how tiny we really are. 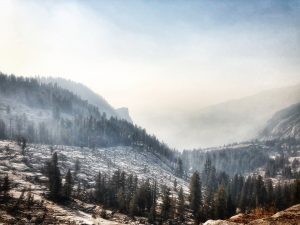 What did I see? Well – I’m going to leave this next section blank. Maybe I’ll put it in a book some day. But it was the far too few days I spent alone, retreading Muir’s footsteps in the Giant Forest and the Grant Grove, that have altered me deeply – perhaps Thomas had a similar encounter – it is deeply personal. This is a pilgrimage that I urge all those who are willing to, to go it alone, to bathe deep in the shade of these ancient nobles… over 3000 years old… They have stood by above the whole societal development of modern man, and they have never judged our numerous foolishnesses once. If you cannot make the trip, perhaps the next best thing would be to read up on the history of these trees – for which there is nothing better placed that William’s “King Sequoia: The Tree That Inspired a Nation, Created Our National Park System, and Changed the Way We Think about Nature”. 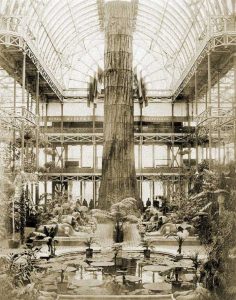 You have to drive off the Sierra – a striking chordal ridge running parallel to the sea. It is forbiddingly mighty upon arrival as you traverse the endless serpentine mountainside roads, but as you leave, it asserts that this is a world separate from your own. You depart, you move, you descend. It remains solid, it is constant, it is rooted. But, with climate change affecting the seasonal snow-levels on the Sierra, and that in turn altering the amount of water these massive trees with their gargantuan thirsts receive, I fear for this paradise. Yet it will hopefully outlive me. Now, like Thomas, I seek out Sequoia wherever they may be found. Just to feel like I’m not one in a long line of humans destroying these graceful giants. During lockdown I’ve found a couple of centurians standing high near Penn Ponds in Richmond Park – I detour to jog or dogwalk past them daily. I also found an avenue, Rhinefield Ornamental Drive, lined with them in the New Forest, barely a stone’s throw from where I grew up – I took my father to see them last week. And through reading Bill’s book, I discovered that the Crystal Palace – where I initially placed my roots into the ground and lived for the best part of the last decade – became home to the husk of a giant redwood. Skinned and transported halfway across the globe, “The Mother of the Forest” – 300ft-tall and 1,244 years old – became the new premier attraction for Victorians to gawp at, long before they planted a seedling at Thomas’ site in Kew.

These trees towered over me as a New Forest child. A ghost inhabited the area of London I chose to call my home. During this recent global crisis, these trees have been there by my side at all turns. In fact, the pandemic’s first sortee survived, Kew Gardens has reopened its doors again, and I have returned to Thomas’ tree, twice. I now understand.

POST SCRIPT: William and his wife, Frances, were so unbelievably welcoming to me, and to “Trees a Crowd”. Perhaps a life spent living amongst the Redwoods has offered them a kinder outlook upon humanity. But I am indebted to them, and how they hosted me for a couple of days at their house in Oregon. They walked me around the sage brush of the high desert, taught me about the plight of the MAGNIFICENT Sage Grouse – “I thought you’d like them!”, said Bill, with as close to smugness as his kindness could permit. He was correct. Bill even took me around their local High Desert Museum. Accompanied by anecdotes from Bill – such as when he was mistakenly attacked by a golden eagle, or how the only person to be bitten by a rattlesnake in Sequoia National Park had brought said rattlesnake with him as a pet – it was a wonderful escape. I hope I can repay the favour one day very soon.

“King Sequoia: The Tree That Inspired a Nation, Created Our National Park System, and Changed the Way We Think about Nature” by Dr William C. Tweed