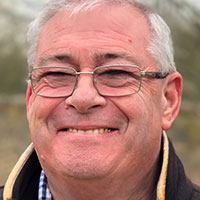 Dr Terry Gough is the head of gardens and estates at Hampton Court Palace. For nearly three decades, he’s followed in the footsteps of the likes of Lancelot Capability Brown, and has made the palace look and smell fit for a king. On a private walking tour through the heart of these historic gardens, Terry shares how his horticultural roots, bedded at the age of 16 by working as a boy in a Battersea Garden Centre, have grown to include working at Buckingham Palace and Historic Royal Palaces. He now oversees three National Collections of Plants, including the lilies, passion flowers, and olive trees that make up Queen Mary’s Exotic Collection. As you will discover, there is seemingly little Terry does not know about horticulture or indeed history!

As a child, I was entrusted with a small patch of our garden. Within it, I grew mostly vegetables – carrots, parsnips and spinach. I loved creating something with substance. Simply looking or smelling didn’t really pique my interest; my interest in flowers really only stretched to the occasional sunflower, and weirdly a rather quaint obsession with Forget-Me-Nots (but I think that was just an obsession with the name.)

The taxonomic name of a Forget-Me-Not is Myosotis scorpioides – their real name is SCORPION GRASS! But… they’re so cute and diddy… mind blown a little.

As an adult, my interest in flowers bloomed – especially in the realms of Britain’s wildflower population. Subsequently, one of the things I found most fascinating about talking to Terry was hearing him refer to historic species of plants and flowers, and how particular colours have been lost through interbreeding varieties. For example, that tulips have died out through disease. Just as humans have bred dogs for aesthetic preference over the centuries, we have also altered how flowers look. 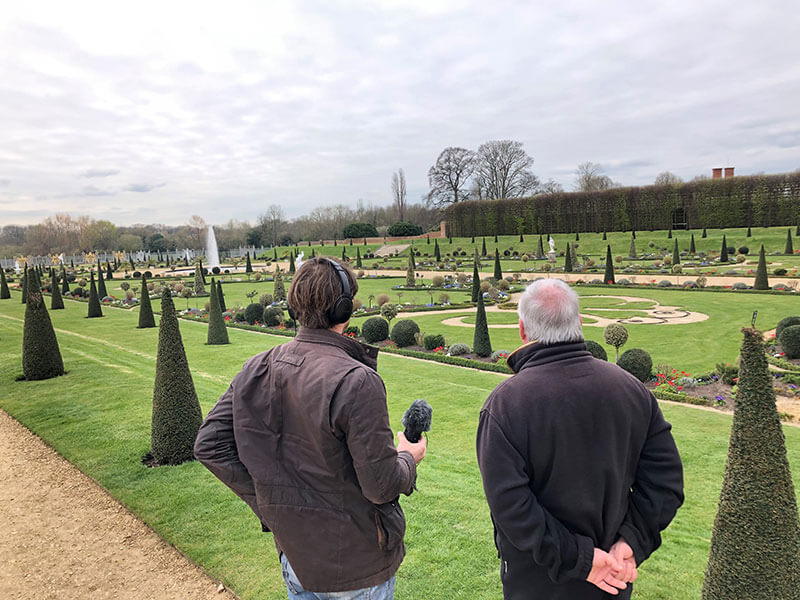 The way in which Terry’s passion for horticulture is resolutely interlinked with history reminds me of how I view my profession. Without knowing where we have come from, or how the journey has moulded us, how can we expect what we do now to have any potency? The proof of this mindset is clearly visible at Hampton Court. The gardens are a visual and fragrant treat which really have to be seen to be believed! The ironic perversity of recording a podcast there is not lost on me… though I cannot recommend a visit highly enough. All the gardeners on site would, I’m sure, appreciate a little interrogating too. They’re an incredibly learned and passionate bunch! 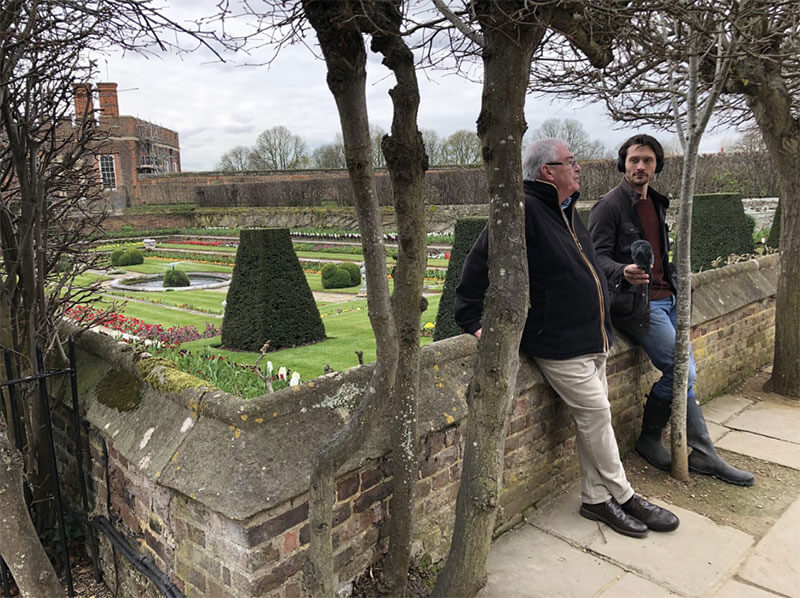 I highly suggest going out into your garden now and plugging this interview with Terry into your ears. He’s an incredible mind – I shall forget him not!

MYTHOLOGY OF THE YEW TREE – https://treesforlife.org.uk/forest/mythology-folklore/yew/

Prof. Kate Jones: What do you get if you cross David Attenborough with Harrison Ford?

Mark Carwardine: “Don’t ever french-kiss a Narwhal”… and other words of wisdom